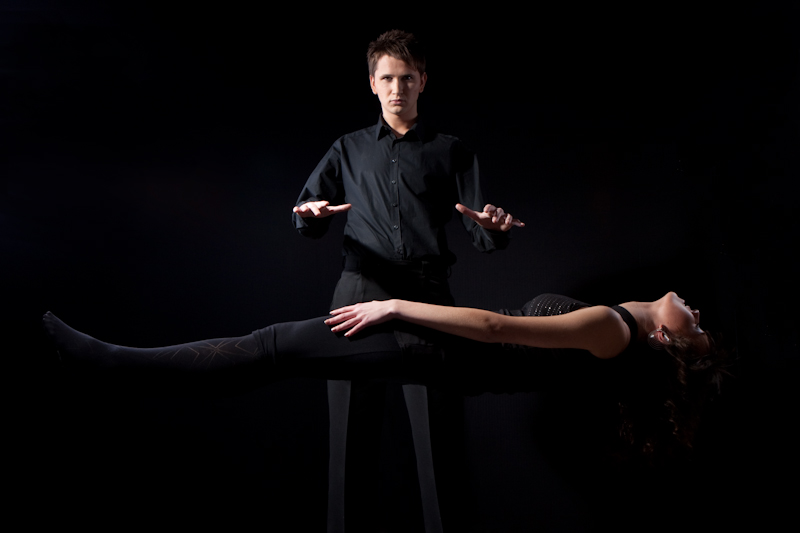 I was at a carnival the other day (I know, don’t ask), and while I was having some popcorn and an ice-cream I was captivated by this magician who did all sorts of tricks.  I really felt like a two-year old again and my inner-child was more active than ever.  He put on a show for ten minutes, but I wanted more!  The magician left and people started talking amongst each other…  Right there and then, it hit me.  The magician just sold a good product.  The intrinsic element of his product is “magic”.  But, shouldn’t all good product have a sense of magic in them?

The first time you witnessed how a user could slide with his fingers across a glass screen to select some buttons and make a phone-call, you knew the iPhone was a game-changer and bound to become a success. Last time I ever saw this, was when watching episodes of Star Trek 🙂  It captivated people.  But go back in time, electricity and lightbulbs had magic in it.  Television and telephones had magic in them.  An iPad has magic in it.  LBS services can easily have magic in it.  NFC has magic in it (when properly built).

There are many technologies out there – and many of them are in development still – that are begging to be used by a skilled “magician” (yes, that’s you; the entrepreneur) so that a cool product can be launched.  So yes, a good product must be simple, but must also have a sense of mystique and magic in it.

Just like the magician in my introduction, an entrepreneur can only make “magic” by combining the results of cutting-edge research efforts in a package (can be software, hardware, etc.) that shows you parts of the process (inevitably), but with a result that the user can’t piece-together by observing that process in a normal manner.  Of course, when you ask the magician to slowly perform the trick and you watch his hands very closely (this is what we would call reverse engineering :p) you will be able to reconstruct the process, and learn that it’s perhaps an easy process but at least you’ll need to admit it has been done cleverly 🙂

Either way, a magical element will have the people talking and will significantly require you to re-think your marketing and sales strategy, as in this case too much traction can also mean the end of your magic, and therefore your business.  Just like the magician, limit your supply (scarce=exclusive) and leave the crowd begging for more (a trick that Apple plays majestically, IMHO).  But that’s a topic for a blog-post on its own.

Of course, not all products (let alone services) can easily have magic in them and that doesn’t necessarily mean your product or service is not going to take off; but having the magical touch does makes a difference between a good product and a game-changing product.

Leaving you on this note, perhaps a good exercise could very well be to start looking at old sci-fi series and start identifying what “futuristic” elements were proposed there and look if there’s way how you can incorporate them in your product.  Sliding doors and spandex suits anyone? 🙂